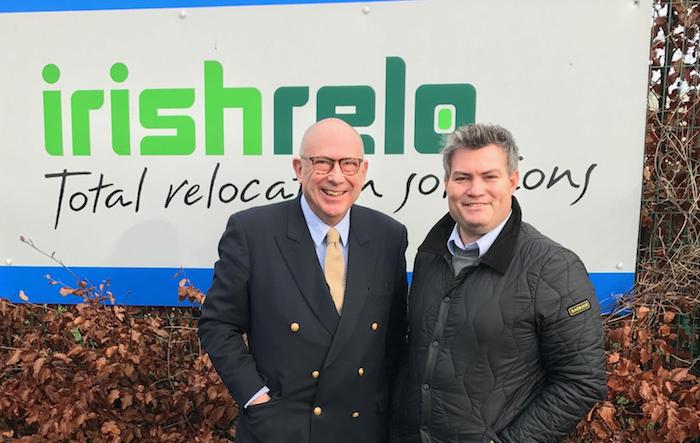 In 2016 Dan Sennett acquired Irish Relocation in Dublin from Patrick Oman, past president of both OMNI and EuRA in what was called a ‘management buy in’.

Dan originally reached out to Irish Relo to ask about housing and schools.

“But when I realised that he had the same client base as me I reckoned he would be either with us or against us in Ireland,” – Patrick Oman. “He wanted to invest in a business. When he put the plan to me I realised that I had taken Irish Relo as far as I could.”

A Background In Relocation

Dan Sennett was born into an expat family and was educated in England. After serving in the army, and working as a merchant banker with Credit Suisse, he started a relocation business in Nigeria servicing the West African market. Dan’s wife is Irish and when their children became of school age, they moved to Ireland for the benefit of the children’s education.

In August 2016, Dan bought the whole of Irish Relo, including its Belfast operation. Patrick stayed on as chairman at the time.

“From the customers’ points of view nothing much will change,” – Patrick Oman. “All the existing staff they are used to working with will remain the same, including Michelle Preshaw in Belfast.”

Patrick spent the following months introducing Dan to the customers, including the major RMCs such as Cartus, Brookfield and Graebel.

“It’s a great stepping stone for me to go on towards retirement… eventually,” – Patrick Oman. “Dan is a visionary who will take the company into the next generation. He’s already adding new relocation products including insurance, credit card services and temporary housing. Those three products alone will double the size of Irish Relo.”

What’s Next For Patrick Oman?

Despite rumours of his retirement, Patrick has turned his full attention back to the industry, to helping those looking to follow a similar path to his own and exit the industry the right way, on their own terms.

“I understand the importance of choosing the right succession strategy, of maximising your company’s value and the effect it has on your business, your staff and your life.” – Patrick Oman. “As the proverb goes, a journey of a thousand miles begins with a single step, and if you want to know how to get somewhere, it’s best to ask someone who has been there, done that and got the t-shirt so to speak. So ask me, I’ve got the solutions.”